A comedy of manners for the internet age, shortlisted for the Donald Meek Award 2015.

Naomi was the geeky hanger-on at uni, but now she’s created SNOG (Nice), a social networking app that rewards its users for being nice to one another. It’s taken the internet by storm and suddenly she’s in charge of a global company. It’s all a bit overwhelming, but she knows she can rely on her friends. Or can she? Not everyone’s delighted about her success, and it’s all too easy to create a fake SNOG profile and start causing trouble.

Cho Snog ’s a tha thu (How Nice You Are) is an easy-to-read novella for young adults and Gaelic learners, published by Sandstone Press under its Lasag imprint. 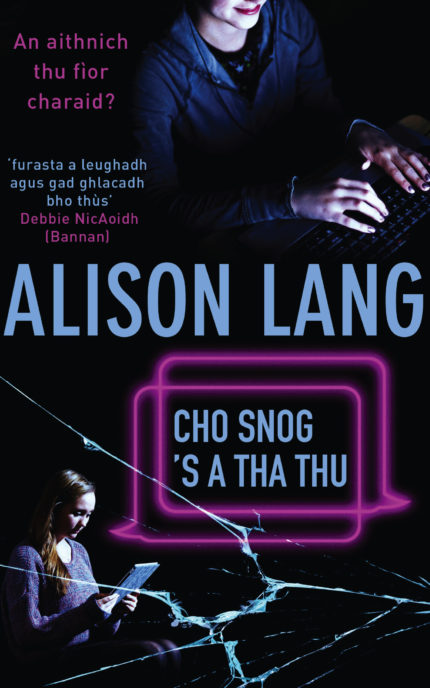